Home Page > Blog > Incarceration in America: Past and Present: A Panel with Three...

Incarceration in America: Past and Present: A Panel with Three Leading Scholars

Historian and PPI board member Heather Thompson gave an overview of how prison gerrymandering distorts Pennsylvania democracy, and showed the graphic from our brand new report "Mass Incarceration: The Whole Pie."

The Moderator was David Blight, Director of Gilder Lehrman Center for the Study of Slavery, Resistance, and Abolition.

The three scholars [discussed] the history and impact of incarceration in the US — from imprisonment and ideas about prisons in the 19th Century, to the increasing connections between race, social science and criminality in the early 20th Century, to late 20th and 21st Century mass incarceration. 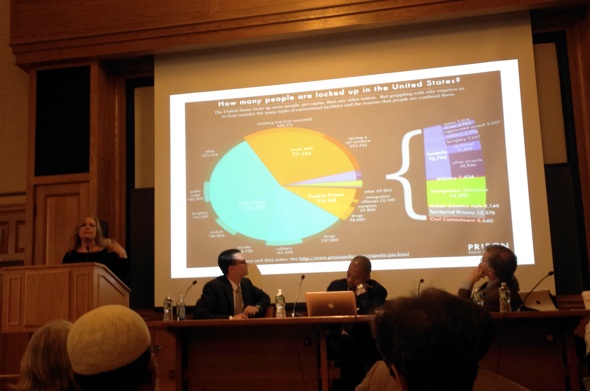 In her talk, Heather also used a map from our report on prison gerrymandering in Pennsylvania and received a lot of shocked and outraged responses from the moderator and the audience about how the Census Bureau’s prison count distorts democracy.

I should have shared them with Heather before the talk, but we’ve also produced some maps illustrating our research in Connecticut that weren’t included in our 2013 report: 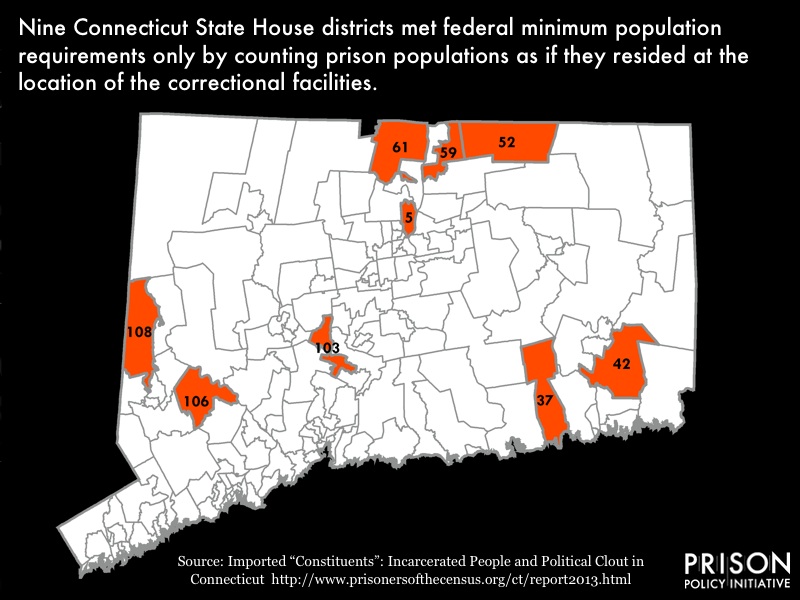 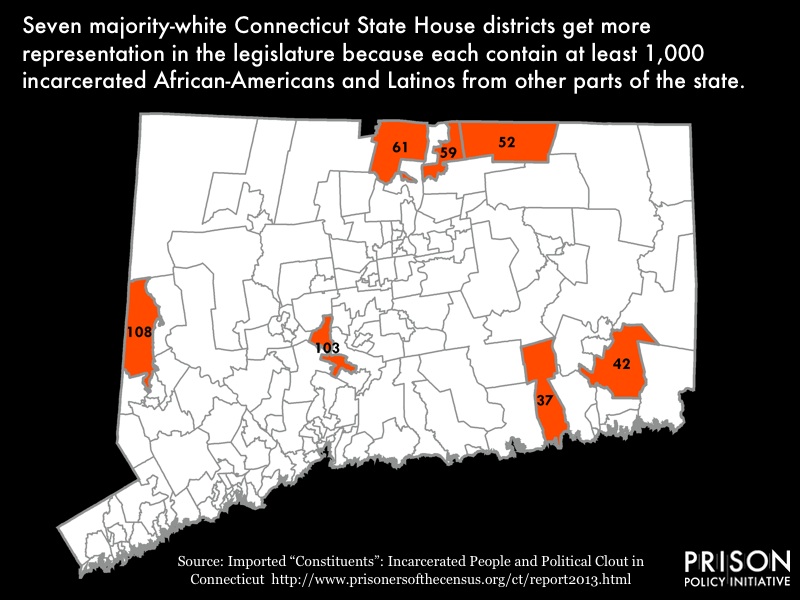 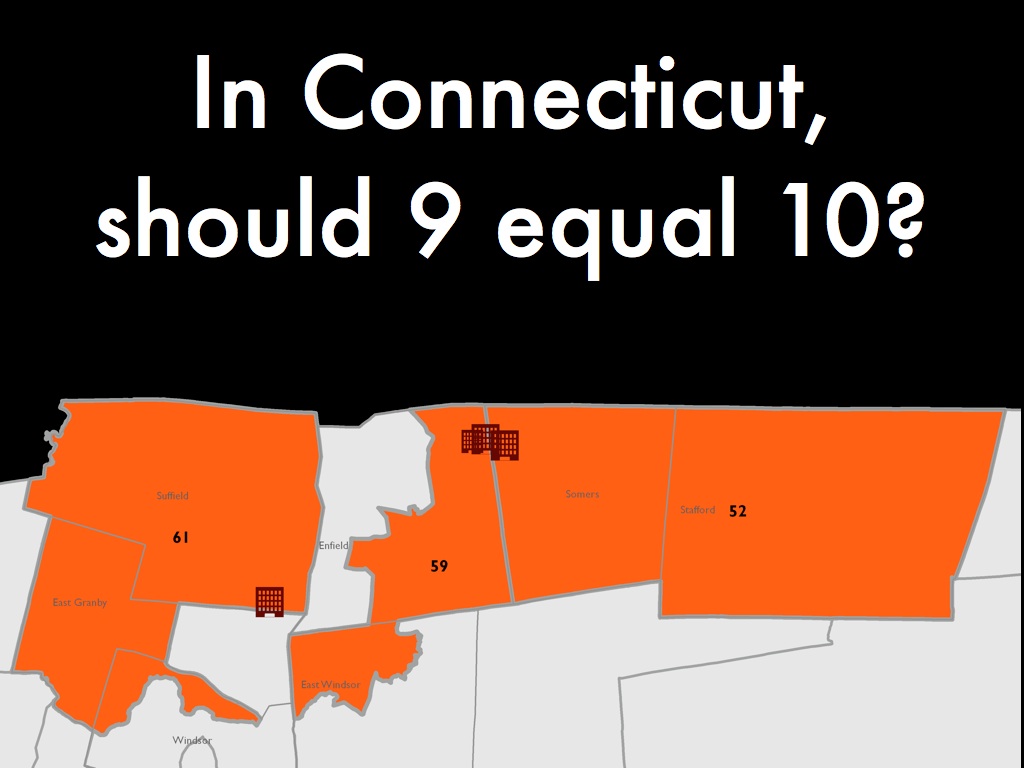