By statute, inflating the population of rural counties in Georgia raises their costs. The prison count is not a windfall.

Earlier this week, I wrote a blog entry critical of an Atlanta Journal Constitution article which implied that rural counties with prisons were benefiting from poverty aid intended for urban communities. I wrote about the reality of rural poverty and explained that poverty is calculated in such a way that prison populations do not affect the formulas.

I wrote that,in short, Calhoun County is not getting rich from the Census Bureau’s prison count.

WALB-TV, which covers that part of Georgia, repeated the same misunderstanding about poverty funding in its coverage, but brought out a little more detail about how the Census Bureau’s prison count directly costs the rural community funds: 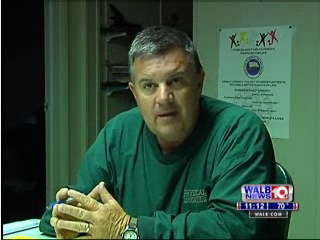 “Because of the number of people in the prison, we have a higher population which means we have to pay our probate judge, our superior court clerk, and all these people higher salaries based on the inmate population. And they (prisoners) don’t pay any taxes in Calhoun County. So citizens have to foot that bill,” says [county commission chairman Mike] Stuart.

That’s right. Calhoun has to pay its officials more because the prison population makes the county look more populous. Prison Policy Initiative’s Aleks Kajstura found the statutorily mandated salaries. The minimum salary for Probate Judges and Superior Court Clerks, and some other county officials is set by population. For example:

The prison population in Calhoun County pushes the county into the next pay bracket (with more than 6,000 population), thereby costing the county more than $11,000 a year in required payments to the Probate Judge, County Superior Court Clerk and other officials.

The lesson we should draw from this? 1) Rural prison counties aren’t getting rich from the Census Bureau’s prison miscount; 2) Fighting over illusory funding streams distracts from the much larger impact that counting prisoners in the wrong place has on the operation of our democracy.

And that funding distraction is regrettable, particularly since Calhoun County itself already adjusts the Census when redistricting the County, basing the districts on the number of actual residents; while the state of Georgia continues to cling to unadjusted Census data which ignores the home address of incarcerated people, and counts them as if they lived in prison.