Users of the Correctional Facility Locator in the following counties:

may find that their county's Count Question Resolution Program data mentions blocks that are four digits with a letter, not just four digits. Typically, this happens because the Census Bureau's original block crossed into another town. Rather than create a new block, the Census Bureau split the block into pieces. Unfortunately, the new maps are not available on the internet, but we can show you a textual workaround.

These four screenshots will explain what to do, with McCormick County as an example.

But where is Block 2032B? We know it is a portion of Block 2032, but we need more information. This option at the bottom of the Count Question Resolution program screen shows a more detailed view of how the population changed in units larger than blocks, including tracts, county subdivisions and places: 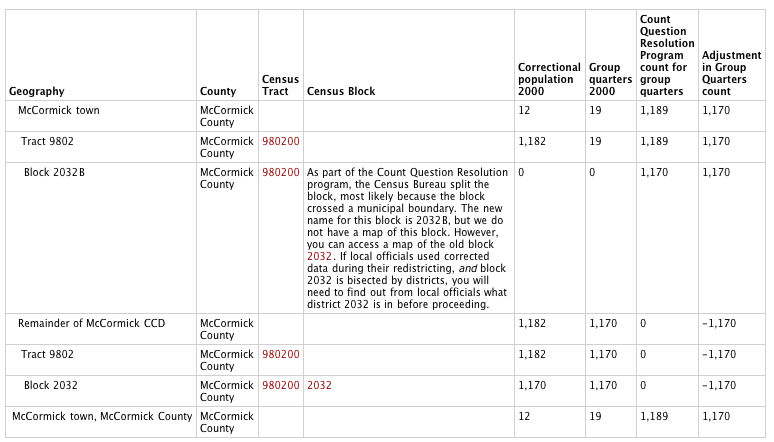 So how would you use this information in Section 3? If a district boundary happens to follow the northern boundary of McCormick Town and the legislature used corrected data, then the prison is in the district that includes McCormick town.