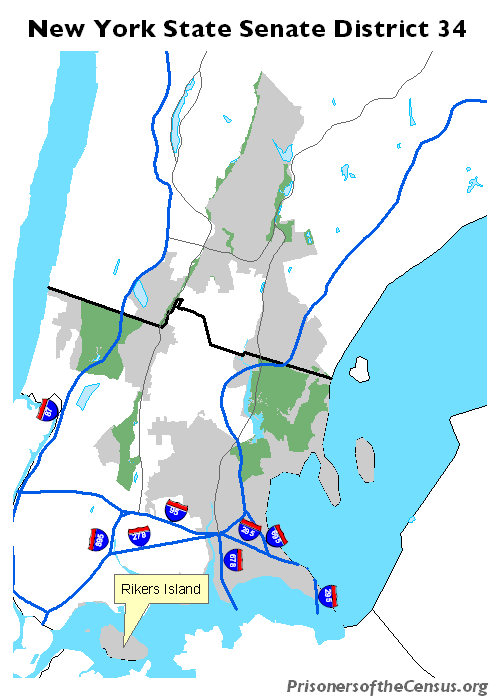 This map of the controversial New York State Senate District 34 shows just how fragmented the district actually is. The district (in gray) straddles the Bronx-Westchester border (in dark black) and several of its thin appendages are attached only by large parks or 2 miles of sea water. Contrast this map with the confusing one distributed by the New York Senate.

The only "community of interest" served here was the incumbent Senator who crafted a largely white district with little internal political opposition. The Black neighborhoods in the center were excluded, his most recent opponent was placed outside the district, and the prisoners on Rikers Island will be voting -- if at all -- in other districts.