For immediate release — Today, Washington State Governor Jay Inslee signed a bill into law ensuring that people in state prisons will be counted as residents of their home addresses when new legislative districts are drawn, making Washington the fifth state to end the practice known as prison gerrymandering.

The Washington State Constitution states that, for the purposes of voting, people in prison should be counted as residents of their hometowns. However, the Census Bureau counts incarcerated people as residents of the places where they are incarcerated. As a result, when Washington State used Census counts to draw past legislative districts, it unintentionally enhanced the weight of votes cast in districts containing prisons — at the expense of all other districts in the state.

“Washington State’s new law recognizes that ending prison gerrymandering is an important issue of fairness,” said Aleks Kajstura, Legal Director of the Prison Policy Initiative, who was present when the bill was signed. “All districts — some far more than others — send people to prison, but only some districts contain prisons. Counting incarcerated people as residents of the prison gives extra representation to the prison district, dilutes the votes of everyone who does not live next to the state’s largest prison, and distorts the constitutional principle of one person, one vote. This new law offers Washington voters a fairer data set on which future districts will be drawn.” 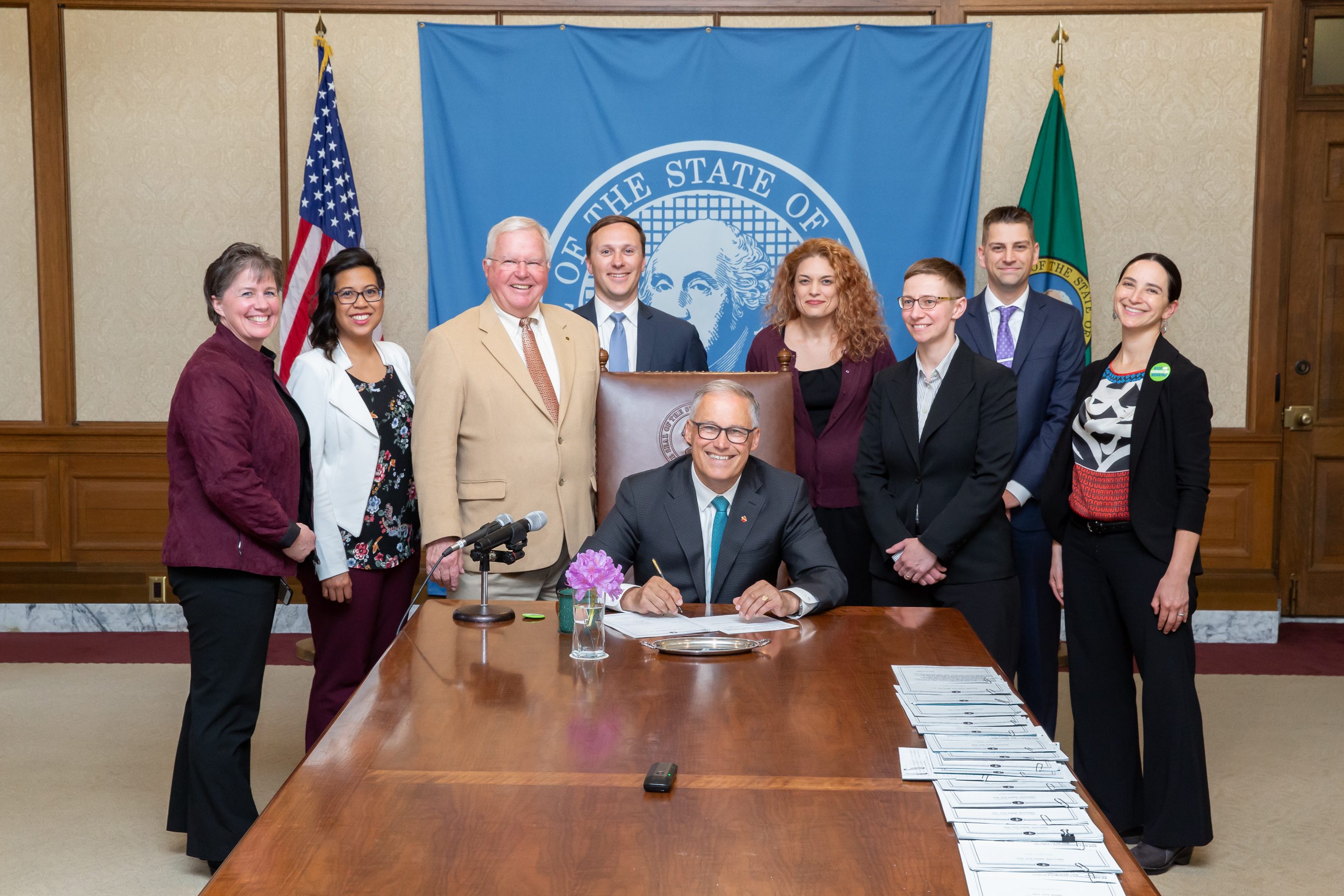 The legislation, passed as SB 5287, applies only to redistricting and will not affect federal or state funding distributions.

Five other states have legislation to end prison gerrymandering pending in the current session. “We applaud Washington State for enacting this common-sense solution in a single legislative session,” Kajstura said. “Other states currently considering similar bills should follow its example.”

The states with pending legislation include: