Testifying in support of ending prison gerrymandering in Rhode Island

H5283/S0147 would require that incarcerated people be reallocated to their home addresses for redistricting purposes after the 2020 Census.

Earlier this week, Peter and I headed down to the Rhode Island State House to testify before the Rhode Island House Committee on Judiciary in support of H5283/S0147, Rep. Anastasia Williams’ bill to end prison gerrymandering.

The issue of prison gerrymandering is especially dramatic in Rhode Island because the state’s prisons are all concentrated in just one area. Currently, nearly 15% of one State House District in the Cranston area is made up of incarcerated people from other places. This means that 85 people in that district have as much say in state politics as 100 people in any other district.

The proposed bill would require that incarcerated people be reallocated to their home addresses in the data used for Rhode Island’s next reapportionment cycle (much like the bills that were passed and successfully implemented in New York and Maryland).

Our colleagues John Marion from Common Cause Rhode Island, Steven Brown from the Rhode Island ACLU, and Derry Riding of the League of Women Voters of Rhode Island testified in support of the bill as well. Members of Direct Action for Rights and Equality and Open Doors also expressed their support for the legislation.

For pictures from the hearing, check out our Facebook album! 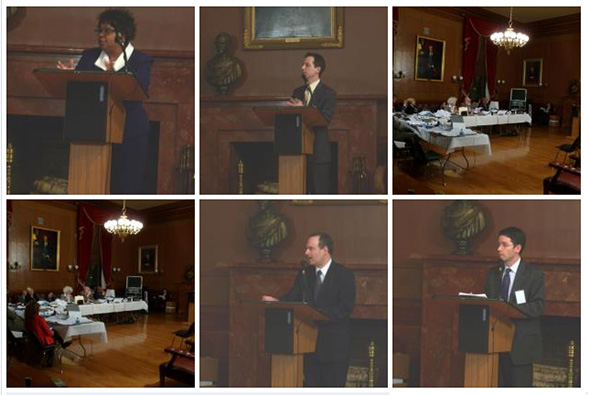