President and Director-Counsel of NAACP LDF passes; Under his leadership, LDF took up prison-based gerrymandering reform.

John Payton, the President and Director-Counsel of the NAACP Legal Defense and Educational Fund, Inc., passed away last night. The LDF writes: 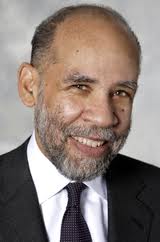 John Payton, the President and Director-Counsel of the NAACP Legal Defense and Educational Fund, Inc., and a tireless advocate for justice, equality, and opportunity, died late Thursday after a brief illness. He was 65. LDF is deeply saddened and mourns this tragic loss.

John was the 6th leader of LDF, the nation’s first and preeminent civil rights law firm.  During his tenure he guided the organization to resounding legal victories, including Lewis v. City of Chicago, which vindicated the rights of over 6,000 applicants who sought to become firefighters in the City of Chicago, and Northwest Austin Municipal Utility District v. Holder, which turned back a challenge to the constitutionality of a core provision of the Voting Rights Act of 1965.  To the LDF staff and to a great many others, John was fearless – a guiding light, a brilliant advocate, a mentor and teacher who believed that American democracy thrives when it embraces all of our voices.

John Payton was a civil rights giant. His contributions to the movement are being chronicled better by others, and I’d like to focus on his work ending prison-based gerrymandering.

John took a personal interest in the problem of prison-based gerrymandering, working with other African-American leaders to raise the issue with the Commerce Department in December 2009. As John explained:

Because incarcerated persons in the United States are disproportionately African Americans and other people of color, the current counting of prisoners at their place of incarceration, rather than at their pre-arrest residence, severely weakens the voting strength of entire communities of color.

He will be missed.