One Wyoming district is moved 17 miles to include a prison; padding one district with a large prison protects two incumbents from facing each other.

Joan Barron writes in today’s Casper Star-Tribune about the most blatant case of prison-based gerrymandering I have ever seen: a Wyoming Senate district that snakes around an incumbents house and then follows the Nebraska border for 17 miles to snag a prison. The initial proposed districts had the two incumbents facing each for re-election, but using the prison to pad one district shifted the other incumbent into a separate district. 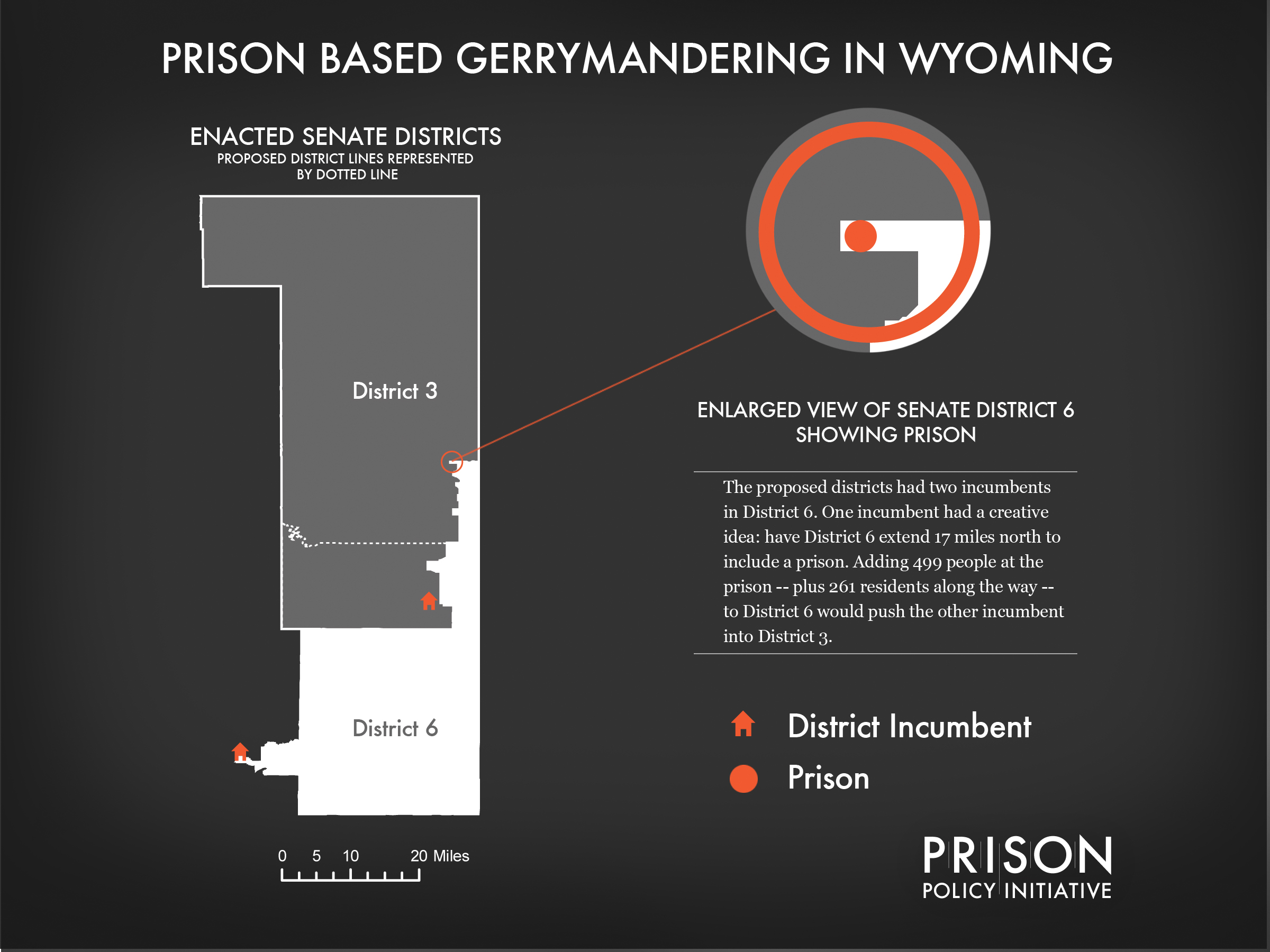 I typically write about the problem of prison-based gerrymandering in terms of vote dilution. The shape of the prison district is problematic, but is separate from that issue.

In our analysis, we found several new Wyoming legislative districts that meet federal minimum population requirements only by using prison populations as padding. The prison population can’t vote, and by state law they retain their pre-incarceration residences. Counting incarcerated people in the wrong location gives extra political influence to the districts with prisons, and dilutes the votes of residents who live in any other district.

The truly unique part about prison-based gerrymandering in Wyoming is how blatant it is. In order to increase his chances for re-election, Senator Meier insisted that his house be shifted to another district. The captive population at the Wyoming Medium Correctional Institution made the perfect inert ballast to shore up the district his house previously was in.

Besides prison finger’s funny shape, the legislature’s other major redistricting controversy was about which counties were split. Keeping communities together makes a lot of sense, and that principle applies to prison populations too. That’s why four states have passed laws to count incarcerated people at home for redistricting purposes. It doesn’t make sense to use prison populations to pad out any one district when their real residences are in other parts of the state.

Most state and local governments are moving towards ending prison-based gerrymandering. Wyoming’s new maps buck that trend and deliberately go the other way. Wyoming will get some ridicule for the funny finger shaped district; but the real losers are every resident of the state who does not live next to a large prison.