Press release for report and event at Yale Law School.

New Haven, Conn., March 25, 2010 – Today, State Representatives Mike Lawlor and Gary Holder-Winfield joined Miles Rapoport, former Connecticut secretary of state and president of Demos, and Peter Wagner, executive director of the Prison Policy Initiative to announce new legislation that would end Connecticut’s practice of counting prisoners as resident of their cellblocks instead of their neighborhood blocks when drawing legislative districts.

The federal Census counts incarcerated people as if they resided where the prison is located, and that creates big problems for democracy in Connecticut, charges a new report announced today by the non-profit Prison Policy Initiative. American democracy relies on Census counts to apportion political power on the basis of equal population. By Connecticut law, prisoners can’t vote and remain residents of their home communities. Yet, for drawing legislative districts Connecticut miscounts prisoners as residents of prisons and distorts the constitutional principal of “one person, one vote.” END_OF_DOCUMENT_TOKEN_TO_BE_REPLACED

Change where incarcerated people are counted

My essay on Census reform for the American Bar Association's magazine for teachers, Insights on Law & Society.

Under the banner “How Would You Reform the Census?”, the American Bar Association ran my essay in Insights on Law & Society. The magazine is for teachers of civics, government, history and law, and the entire issue was on the Census. The Census Bureau counts people in prison as if they were residents of the prison location, not of their home communities, and that creates a big problem for democracy. Two hundred years ago, when few people were behind bars and the purpose of the Census was limited to determining the relative populations of each state for the purposes of Congressional apportionment, it didn’t matter whether a prisoner was counted in urban Brooklyn or in a remote Attica prison cell as long as he was counted in the correct state.

But today, the country has changed, with more than 2 million people behind bars on Census day, and new requirements for apportioning state and local government. In 1790, the purpose of the Census stopped at congressional apportionment, but now the Census is used for redistricting, by which state and county legislatures redraw their district lines so that each district contains the same population. By drawing districts of equal population, each resident will have the same influence over government, regardless of where she lives.

Unfortunately, the process of drawing fair and equal legislative districts fails when the underlying data is flawed. Drawing district lines around prisons results in giving some people disproportionate influence over the legislature. The impact is the strongest in county board districts, where a single prison can be as much as 90% of a district, giving the people who live immediately adjacent to the prison ten times as much political influence as others.

For this reason, about a 100 rural counties currently reject the Census Bureau’s prison counts when apportioning their local districts, and other states and counties are considering following suit. To support that effort and give data users more choices, the Census Bureau recently agreed to publish the prison count data earlier, to make such adjustments easier.

The ideal solution? Starting in 2020, the Census Bureau should count people in prison as residents of their home communities. The country, its population, and the needs for its data have all changed since 1790. It’s time the prison count does as well.

Peter Wagner is an attorney and Executive Director of the Prison Policy Initiative. He regularly testifies before legislatures and consults on how governments can avoid prison-based gerrymandering.

We have new reports on prison-based gerrymandering in Connecticut and California:

Brenda Wright of Demos has an editorial in American Prospect and Nathaniel Hoffman takes on prison-based gerrymandering in Idaho.

There are two must read pieces today:

Mayor sings one tune when the prison miscount benefits the town, and another when a 2nd grader wants to attend school where her father is locked up.

Here’s Mayor Allan Fung, explaining why he thinks the 3,000 inmates at the ACI prison should be counted as residents of Cranston, Rhode Island, come Census time:

“Those that are incarcerated at the ACI, particularly those that are here for a long sentence, have an impact on the services that we provide. Our police, fire and rescue make multiple runs to the prison. Under the proposal, none of these people would be counted for Cranston unless they lived here previously,” he said.

“There is nothing to even show that a person who finishes his or her sentence returns to their prior address. I cannot support a proposal that may disadvantage Cranston’s ability to get sorely needed resources.”

This quote certainly suggests that Mayor Fung would consider ACI inmate Joey Correa to be a Cranston resident. Yet, when Correa’s nine-year-old daughter recently asserted her right to attend a Cranston school, Mayor Fung suddenly switched his tune, telling reporters from a local TV station: 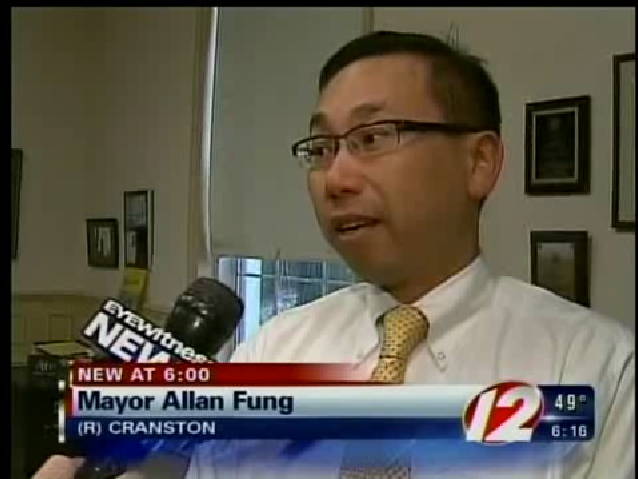 “This individual is not a taxpayer to the city of Cranston, he’s in a situation where he’s incarcerated.” END_OF_DOCUMENT_TOKEN_TO_BE_REPLACED

The Census and the Cell Block

Brenda Wright at Demos has an editorial in today’s American Prospect: The Census and the Cell Block.

Prison “resident” wants to register his child in local school

Some Cranston RI politicians want to claim prisoners as residents for districting purposes. But are they willing to let a prisoner send his daughter to their resident-only schools?

On Monday, March 29, at 3:30 pm, the Cranston School Department will be faced with an unusual request by one of their residents: registering their child for school. Although this may seem like a regular activity, this registration will come from one of the 4000 incarcerated residents of Cranston. One of their current students, Jolina Correa, was recently told she can not return to Cranston’s third grade next year, because her mom is not a city resident. But according to the U.S. Census and some elected officials in the city, her dad is.

Person’s home does not change with incarceration

1st Circuit US Court of Appeals confirms that incarceration does not change a person’s residence, more substantive contacts with a new location are necessary to change domicile.

On Wednesday (March 24, 2010), the US Court of Appeals for the First Circuit dismissed a lawsuit filed by a man incarcerated in New York because he wasn’t a resident of the state.

One of the rules for federal lawsuits is that they have to be between people of different states; a person is unlikely to be considered a resident of a state if that person’s only connection to the state is being incarcerated there. Hall was trying to sue a New Hampshire resident, so his suit could not go forward if he was also a New Hampshire resident.

Most states have specific residence laws for electoral purposes; incarcerated people retain their home addresses as their official residence even when they are incarcerated across the state, as our new 50 state guide, finds.

These statutes reflect the general American principles of determining where someone resides. In the recent decision, in order to have his case go forward in the court, the incarcerated person bringing the suit had to prove that he was a citizen of New York, where he was incarcerated at Sing Sing prison, although he lived in New Hampshire before his incarceration.

Under generally accepted principles, citizenship is
determined by domicile, which can be established by
demonstrating that the individual is physically present in the
state and has an intent to remain indefinitely.

In cases involving prisoners, the courts presume that
the prisoner remains a citizen of the state where he was
domiciled before his incarceration, even if he is subsequently
incarcerated in a different state.

In this case, the prisoner claimed that he had agreed to a civil commitment placement in Sing Sing prison, in New York State. The court, however, held that numerous contacts with the state of incarceration are not enough. Rather, “substantive” contacts are necessary to overcome the presumption that an incarcerated person remains a citizen of the state he lived in before incarceration. The court concluded that being incarcerated in New York was not enough to make Hall a resident of New York, and dismissed the case.

Artist Paul Rucker's new installation, Proliferation, inspired by the map of U.S. Prison Proliferation, 1900-2000 by PPI's Rose Heyer has just been posted in its full version to his website.

Artist Paul Rucker’s new installation, Proliferation, inspired by the map of U.S. Prison Proliferation, 1900-2000 by PPI’s Rose Heyer has just been posted in its full version to his website.

I wrote about prison-based gerrymandering for the liner notes of the in-production DVD version. You can watch the full video online. END_OF_DOCUMENT_TOKEN_TO_BE_REPLACED

The New York Times cites our newest report, in today's editorial: "A Proper Count of Inmates". The New York Times cites our newest report, Fixing prison-based gerrymandering after the 2010 Census: A 50 state guide in today’s editorial: A Proper Count of Inmates.