Legislators ask Census Bureau to change how prisoners are counted 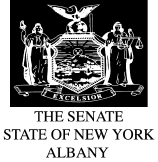 As duly elected federal, state and local legislators, we are writing to request that the U.S. Census Bureau collect the home addresses of all incarcerated persons in the next national decennial census. Counting prisoners at their pre-incarceration address is essential for compliance with the "One Person, One Vote" rulings of the Supreme Court, which require that legislative districts at every level of government contain equal numbers of residents in order to ensure fair and equal representation for all. The Census is uniquely suited to provide that information, which will help us better serve our constituents, our states, and our country.

Currently, the Census Bureau includes everyone housed in federal, state, and local prisons in its count of the general population of the Census block that contains the prison. State law, however, defines residence as the place where one voluntarily lives. Many states also have constitutional clauses or election law statutes that explicitly declare that incarceration does not change a residence. Prisoners therefore remain legal residents of their pre-incarceration addresses, and in situations where they retain voting rights, they send absentee ballots to their home districts. Unfortunately, the current census methodology disregards this, instead counting a significant proportion of our national population in the wrong place. Crediting the population of prisoners to the Census block where they are temporarily and involuntarily held creates electoral inequities at all levels of government.

For example, 65% of state prisoners in New York are from New York City, and 45% of state prisoners in Illinois are from Chicago, yet virtually all of these state prisoners are incarcerated in far-flung rural areas. In Brown County, Illinois, 28% of the official census population consists of prisoners from other parts of the state. According to your agency, the African-American population of Brown County more than doubled in ten years, to a total of 1,265 persons, but in actuality all but 5 of these persons were prisoners brought in from other areas. When census data like this is used for decennial redistricting, the results can be profoundly disturbing. According to the Prison Policy Initiative report, Importing Constituents: Prisoners and Political Clout in New York, seven New York state senatorial districts met minimum population size requirements only because they included large prisons in the population total. The actual voting residents in these seven districts have inequitably inflated voting power relative to the inhabitants of the rest of the state.

Many rural communities have their local votes diluted as well. Most counties, cities, and towns use federal census data to draw their local legislative district and ward boundaries. St. Lawrence County, in northern New York, drew legislative districts with Census 2000 data that included more than 3,000 people in three correctional facilities as if they were actual residents of two small towns, Ogdensburg and Gouverneur. The increased voting power of Ogdensburg and Gouverneur residents diluted the votes of the many St. Lawrence County residents who don't live near those prisons. This inequity created a long-running and disruptive controversy in St. Lawrence, and a petition opposing the unequal representation gathered more than 2,000 signatures.

In neighboring Franklin County, to ensure equal representation and avoid creating a legislative district consisting mostly of prisoners, legislators subtracted the prison population from the official count. Franklin and other rural counties would be spared time, expense, and painstaking work if the federal census identified prisoners as residents of their legal pre-incarceration communities. A better count would also automatically correct state redistricting distortions.

As duly elected representatives sworn to uphold the U.S. Constitution, we are required by law to comply with the "One Person, One Vote" rulings of the Supreme Court of the United States. We believe that counting prisoners at their pre-incarceration addresses will ensure that residents have equal representation in local, state, and federal government. While we here in New York state do have access to pre-incarceration addresses as a result of Department of Correctional Services record keeping practices, we are aware that other states do not have such information available to them. We also believe that the census bureau is optimally suited to assist state and local legislators in gathering this information. Therefore we request that you enumerate people in prison as residents of addresses outside the facility. Should you believe that you cannot implement this request in full prior to the next Census, we ask that you implement as an interim solution, the recommendation of the National Research Council, and publish a special version of the PL94-171 redistricting data file for the prison population. Publishing detailed block-level counts of prison populations would empower legislators to remove those populations prior to redistricting.

In addition, we call upon our fellow legislators at all levels of government to support these efforts to ensure that all American communities have fair and equal representation. A change in Census Bureau methodology will be instrumental in preserving and protecting the democratic principles on which our country was founded.

Thank you for your attention to this matter.